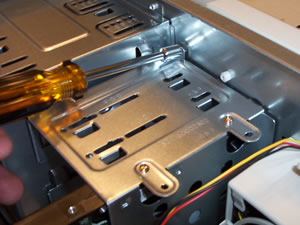 Because of the extent to which we all depend on computers nowadays, it's no surprise that we become angry, frustrated and sometimes frantic when our computers stop working the way they should.

You see, somewhere along the line, a nasty and untrue rumor started getting around that computing was supposed to be trouble free, and that computers would never need anything other than to be plugged in for them to keep happily working, year after year.

The truth is that computers are machines: and machines break.

But here's the good news: Once you accept the truth that computers break, then you can stop being frustrated and relax because here's another truth: There are people right here in Port Washington who have dedicated our careers to fixing them.

Computers are complex machines, and there's seemingly no end to the things that can go wrong with them. But most computer repairs are caused by the following problems:

Strictly speaking, a computer infected with viruses, spyware, or other malware isn't "broken" so much as it is sick, so we have a special page dealing with malware removal. But we did want to mention it here because malware is such a frequent cause of computer malfunctions.

Hard drives spin at very high speeds and take a lot of abuse, and over time they wear out. Even otherwise healthy drives often have file system corruption and other problems that can degrade a computer's performance. Fortunately, we know how to fix those problems. We can also dramatically speed up your computer's start-up time and make your programs open and run faster by upgrading your hard disk drive to an SSD (solid-state drive).

Data loss can occur when a hard drive crashes, when an event such as a power surge or power failure occurs, or when an important file is accidentally deleted. If you have experienced a data loss, please contact us immediately. The more you use the computer after a data loss event, the less likely it is that data recovery will be successful.

Over time, electronic devices can simply burn out and must be replaced. Parts that are especially prone to burning out or wearing out include power supplies, hard drives, optical drives, fans, RAM, network cards, and modems. In addition, motherboard-level components like capacitors often burn out and may require replacement of the component, or sometimes the motherboard itself. Think of it as a transplant. We do them all the time here.

In order to keep prices down, many new computers come inadequate memory, skimpy fans, or other hardware-related inadequacies that may not become apparent until the computer is asked to actually do something useful. These computers aren't "broken," but they need to be upgraded to enable them to do productive work. Very often, an inexpensive upgrade can dramatically improve a computer's performance, adding years to its useful life.

Computers are delicate machines. Rough handling, liquids, heat, and other environmental factors can damage them. This is especially true of laptops, which is why we have a special page devoted to laptop repairs. But modern computers are of modular design, which means that very often, only the parts that are actually damaged need to be repaired or replaced. So before you put your damaged computer on the curb for recycling, give us a call. Chances are we can fix it.

So whatever your computer repair or computer maintenance needs, please contact us before you put your trusty computer out on the curb for the recycling truck. Chances are that we can restore it to health and vigor.